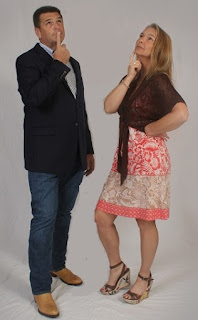 What signals are you sending to the opposite sex? #Dating #Love #Relationship

In the past couple of weeks I’ve come upon several situations that have me thinking about how we come across to the opposite sex. What message are you telegraphing to a potential mate when you tell him/her that you think you have the potential for a great romance when you have only spoken casually at a social event? What message are you telegraphing when you have only shared a couple of texts or a short phone call and you start to laying out how your relationship should work?
Both of the situations above are real. The first happened to a lady friend of mine. She met a “gentleman” at a social gathering and they talked for a few minutes and that was about all. In the next six weeks he found her on Facebook and started messaging her. While his messages were not threatening in any way, they were creepy! He started out by telling her he thought they would make a great couple and how wonderful it would be. She politely told him that she didn’t find the same attraction and that she was too busy for a relationship at this time. After a couple of unanswered messages, he tried to video call her on Facebook at 2:30 AM. To make a long story short she ultimately had to block him from further contact. The man in this situation thought so highly of himself that he wouldn’t take “No” for an answer. He gave no consideration to her wants, needs and desires.
The second situation resulted when a woman contacted a man on a dating website. In her first e-mail she suggested that they start texting. He reluctantly gave her his phone number with the condition that they talk rather than text. The subsequent phone conversation started out fairly normal by asking and answering questions. But, as the conversation progressed, the woman started to grasp at things in common to prove that there were significant common interests. The next evening the woman texted laying out her plan for developing a relationship. Without a response to the first text, the woman sent a second text outlining in even more detail her plans to date the man. He quickly ended the conversation with a text saying he wasn’t interested. In this situation, she came across as desperate for a relationship.
In the first situation, the man failed to listen to the woman and assumed that he was a great match and that he would prove it if she just gave him a chance. In the second situation, the woman failed to ask the man if he was interested in a relationship. Both situations demonstrate failed communication. Both situations illustrate narcissism on the part of the pursuer. It was all about their wants, needs and desires with no consideration of what the other person wanted.
When you are meeting someone new, are you taking the time to get to know them and what they want? Or, is it all about you and what you want? Most people that read this will say that’s not me. But, I guarantee you, almost everyone of us has done this to some extent at some point in our lives. Hopefully we have learned from our mistakes. If not, it’s time to take a look inward and see if you can develop better communication skills and better people skills to become a better, more attractive you.

If you or someone you know has questions about dating, please send them to me at rick@luv4alifetime.com.

For information on workshops, events and coaching go to luv4alifetime.com/seminars.html. 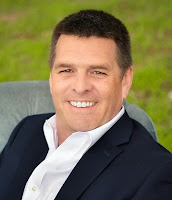 Over the past 30 years, Rick Soetebier has been a student of self and relationship improvement. He has become an astute observer of people and relationship issues. Over time and through a relationship and marriage that ended after 25 years, Rick started to develop some of the fundamental principles that are found in his book, Dating Backward: A practical guide to dating and finding your soul mate.  You can benefit from his observations, education, research and personal experience by letting him help you make better relationship decisions. Date consciously and settle for nothing less than extraordinary in your next relationship.